Written by Sam McGeown on 9/6/2014 · Read in about 5 min (972 words)
Published under VMware and vSphere
Tags: #Certificate Services #PowerShell
This article is now 8 years old! It is highly likely that this information is out of date and the author will have completely forgotten about it. Please take care when following any guidance to ensure you have up-to-date recommendations. 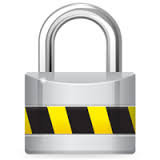 Derek Seaman’s excellent SSL toolkit. I know that there are hours and hours of work put into this script by Derek and I want to thank him for that – it’s a massive time saver. This modification is to fit a different set of circumstances – “standing on the shoulders of giants” – and should in no way be seen as me criticising or stealing Derek’s work.

This week, while using the SSL Certificate Automation Tool and Derek’s script, I encountered a couple of things I felt could be improved for a more complex environment.

The function CreateCSR now uses the FQDN property of the $WServices array – and I have added a DNS lookup to add the IP address to the CSR automatically as an IP and DNS subjectAltName. Each generated CSR is specific to the FQDN provided at the start of the script.

I have modified the script to use an array variable $CAs, which contains a list of CA FQDNs. The function DownloadRoot cycles through those and attempts to download each CA’s certificate in turn. The certificates and saved as “CA64-x.cer”, where x is the number of the CA in order.

The naming and ordering of the CAs and their certs is important because it’s important to get the chain correct in the .pem files used in the SSL Certificate Automation tool.

As with Derek’s original script, if you’re not able to access the CAs from the vCenter Server (or wherever you’re running the script) then you need to manually download the files and create the CA64-x.cer files and place them in the $Cert_Dir folder – they will be detected and used by the script.

To generate the .pem file, we need to copy the contents of the CA certificates from root to leaf, starting with the leaf certificate, then the issuing CA, any intermediate CA and finally the root CA. The image below shows the order the certificates need to be pasted into the file. 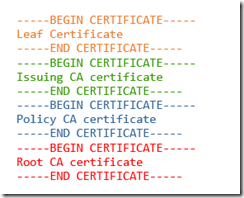 I’ve modified the CreatePEMFiles function to generate “RootChain.pem”, which is a concatenation of the root certificates in the correct order. It then cycles through the Services and copies the contents of the generated certificate file and “RootChain.pem” to create the .pem file required by the SSL Certificate Automation Tool.

I’ve removed the additional steps for the Java KeyStore (.jks) files, which were required for SSO 5.1 but aren’t actually needed for 5.5. Similarly, steps to create the .pfx and .p12 files are removed as they are no longer required.

There are certain functions I’ve removed when it made no sense to keep them, for example generating certificates for the Linux appliance. This makes no sense as by definition they’ll be on the same server/FQDN.

The function VCFQDN has been removed since the FQDN of services is provided in the $WServices array.

The function DownloadSub has been removed since the DownloadRoot function has been modified to download all the CA certificates, including the Subordinate CAs.

The function WinVCCheck has been removed, this checked for the SSO install path and set up an alias to the keytool.exe installed there. These were used in functions that are no longer required.

The function CAHashes, which created the

The function CreateSSOFiles has also been removed, since the SSL Certificate Automation tool no longer requires these files to be manually generated.

The script runs in the same way as Derek’s original – albeit with a few options removed. You need to edit the script before your first run to populate the details of your environment.

If you can’t access all the CA’s in your environment (e.g. offline root, or firewalled) then you will need to download your CA certificates as base64 encoded certs. Start at the top-most level – the root CA – and export it as CA64-1.cer. The next one should be CA64-2.cer and so on.

Other than that, the script runs as Derek’s. When it’s run, you will have a folder with the certificates in .pem format, and the matching private keys in a .key format. Copy the ssl-environment.bat in to replace the one in the folder for the SSL Certificate Automation Tool and run the tool to update your environment.

The modified script is available to download here: http://vexpert.me/ToolkitDistributed