When you are using a VMware orchestration platform with an official VMware plugin to manage a VMware product, you don’t really expect to have to fix the out-of-the-box workflows. However, during some testing of some workflows with a client the other day we ran into a couple of issues with the vCloud Director plugin workflows.

CPU allocations are incorrect for both “Add a VDC”

When you provide the CPU allocation model properties for the Allocation Pool model the first problem is decrypting the naming - it doesn’t match the names in the vCloud Director interface!

The equivalent in the vCloud Director interface is:

Picking through the Add a VCD workflow is a little bit like following Alice down the rabbit hole but eventually, with the help of a back-of-envelope drawing, I figured out the problem. The first “createCapacityWithUsage” action is used to create a “cpuCapacity” object which is then used as an input for the “createComputeCapacity” action.

If I trace the variables through the workflow it goes like this:

When the result of createCapacityWithUsage is used to create a VDC, cpuScaled and unitsArg combine to allocate 260MHz - or 0.26GHz to the VDC - which is not the 2GHz I ordered!

The solution is to create a copy of the “Add a VDC” workflow, then edit the first createCapacityWithUsage action and change the source parameter for allocatedArg to be cpuQuotaScaled 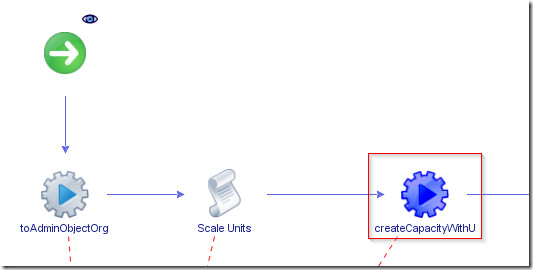 Now when the new workflow runs, the CPU allocation and vCPU speed are set correctly.

Storage allocation is incorrect for “Add a VDC”

There is also a problem with the size of the storage profile limit when creating a VDC with the default “Add a VDC” workflow - you can see from the screenshot below I am allocating a 5GB profile limit. 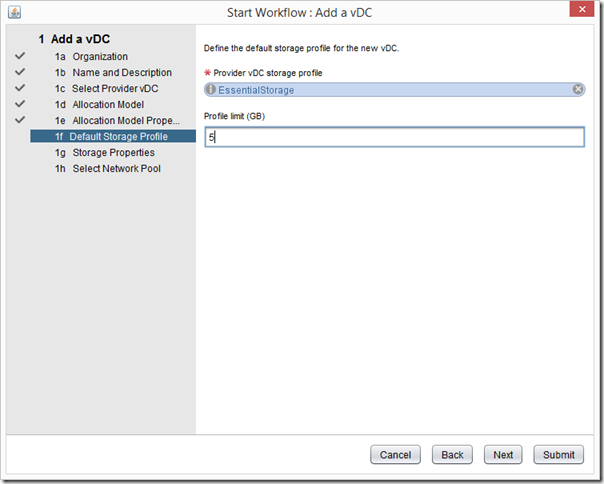 However, when you check the storage allocation it is incorrect - allocating 4.88GB rather than 5GB.

This becomes particularly problematic if you are creating a VDC for a paying customer - “I’ve paid for 5GB, where is the rest of my storage?!”

This is actually pretty easy to fix, since the second action in the workflow is a scripting block called “Scale Units”, which multiplies the storage profile limit by 1000. If you take the 5GB and multiply it by 1000, then divide it by 1024 you get 4.88GB - so we can see where the problem is introduced. 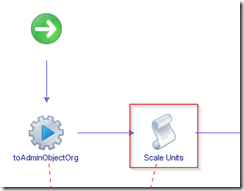 By simply modifying that figure to 1024 we can solve this one, and in the re-run of the workflow the storage allocation is correct

Hope that helps you if you’re using this workflow.

Bonus content…here’s my genuinely on the back of an envelope workings! 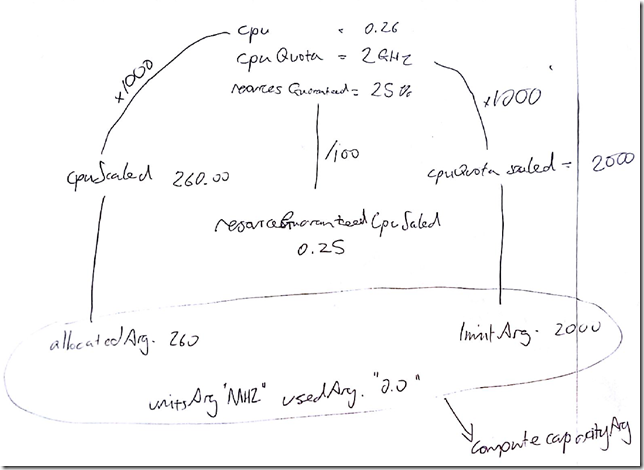