Disclaimer! I am learning NSX-T, part of my learning is to deploy in my lab - if I contradict the official docs then go with the docs!

This NSX-T lab environment is built as a nested lab on my physical hosts. There are four physical ESXi hosts, onto which I will deploy three ESXi VMs, a vCenter Server Appliance, NSX Manager, an NSX Controller cluster, and two NSX Edge Nodes.

Physical, virtual and nested components of the NSX-T lab

I will follow the deployment plan from the NSX-T 2.0 documentation:

When this post series is complete, the network topology should be something like this, with two hostswitches configured. The ESXi Hosts will have a Tunnel Endpoint IP address, as will the Edge. The Edge will also have an interface configured for a VLAN uplink.

In this post I will walk through configuring the Transport Zone, Transport Nodes, Edge Cluster and other configuration required to support the deployment.

Deploying a new Edge onto ESXi can be done via an OVA, or through the NSX Manager interface. Since I am deploying the Edge to my physical hosts (managed by my lab vCenter, not the nested hosts managed by the pod vCenter) I can’t deploy from the NSX interface.

Deploying the edge needs some understanding of the role the edge plays and it’s connectivity. I strongly suggest reading and understanding the NSX Edge Networking Setup article in the documentation before even thinking about deploying. 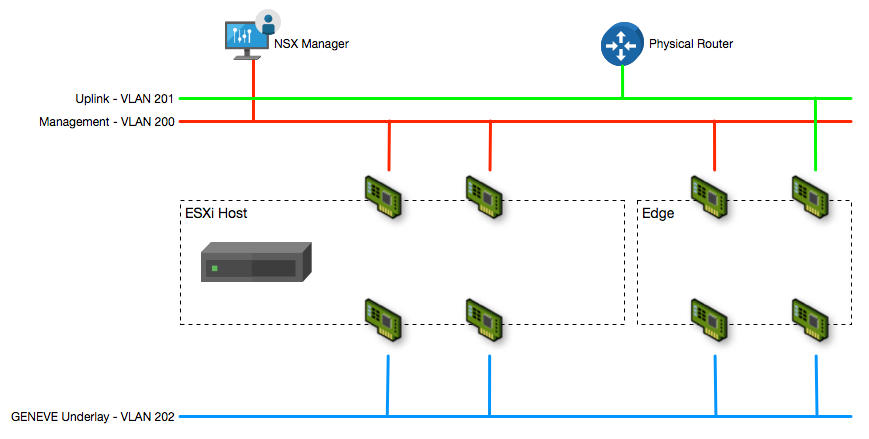 This translates to the VM Edge Nodes I deploy being assigned the following NIC configuration - note that the source network is in reverse order - Network0 is at the bottom! 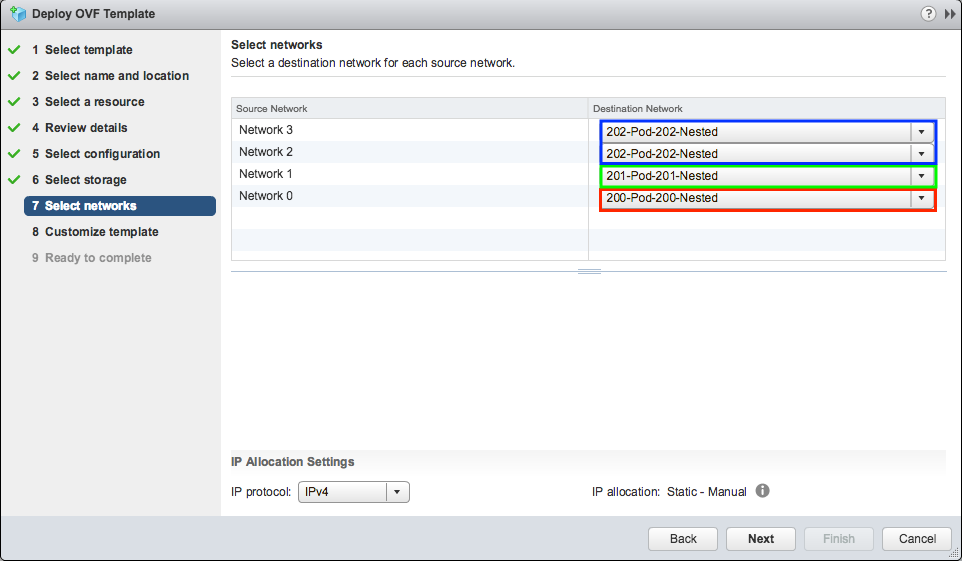 The remaining settings fall into several groups, all which are pretty self explanatory. 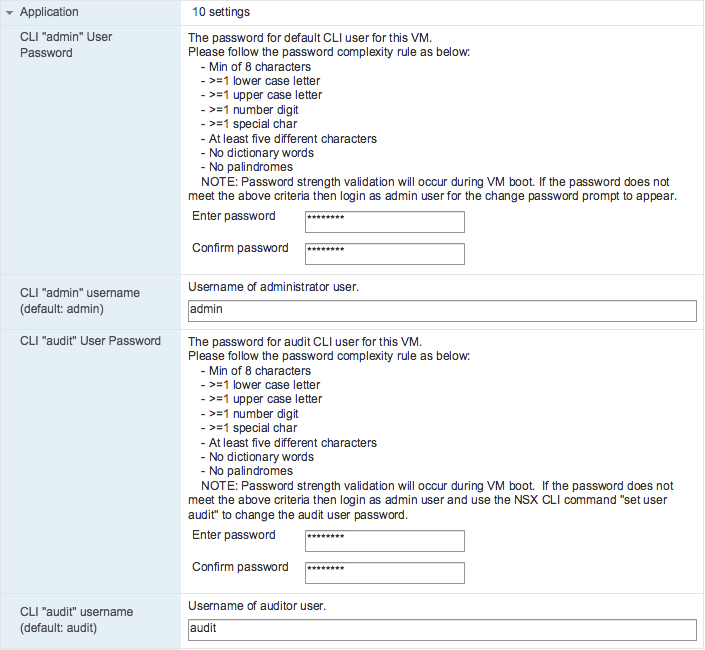 NSX Manager configuration - not strictly required as we’ll join the management plane afterwards (I assume that if you fill out these options it will auto-join…but that’s a guess!) 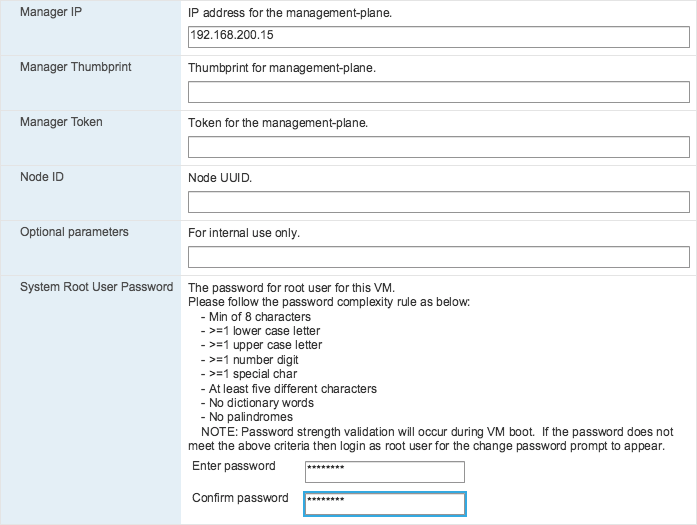 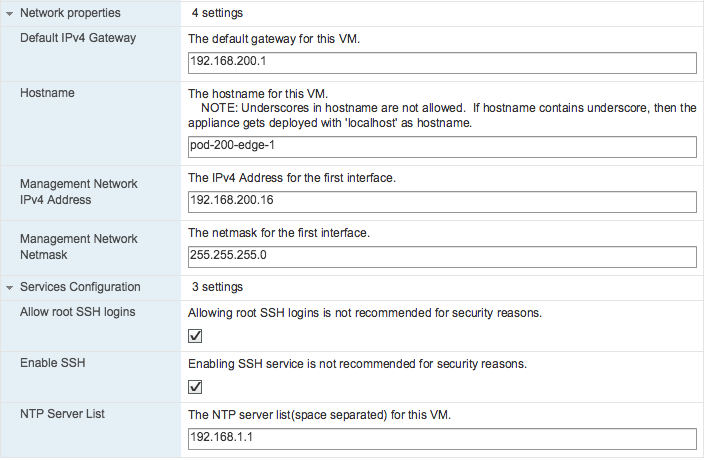 Once the OVF deployment has completed, power on the VM Edge Node.

If you enabled SSH (as I did) you can connect with the newly deployed Edge on it’s management IP address. If not you should be able to use the console to configure it. Once on the console/SSH, authenticate as the admin user with the password you specified during deploy time.

Retrieve the Manager API thumbprint using “get certificate api thumbprint” from the NSX Manager console/SSH, or using the web interface

Join the VM Edge Node to the management plane using the following command:

You can validate the Edge has joined the Management plane using the command “get managers”.

Below you can see that in the NSX Manager console under Fabric > Nodes > Edges I have added two Edge VMs, the deployment is up and connected to the manager, but the Transport Node is not configured yet - that will be the next post!