Yesterday (in case you missed it) was the fourth annual UK national VMUG at the National Motorcycle Museum in Birmingham. It was my second year attending and I continue to be blown away with the quality and value available at this event.

There’s a huge amount of content packed into this one-day event, so I’ll try and summarise my day…

The vCurry event was hosted on Monday night and is a great way to chill out after a long drive up to the midlands. It’s always well attended and there are always familiar faces from the London VMUG there. Also there is the now legendary vQuiz, hosted by Stuart Thompson (@virtual_stu) which is great for a laugh or two and makes a good ice breaker if you’re there on your own. Oh, and free curry and a free beer or two…what’s not to like? 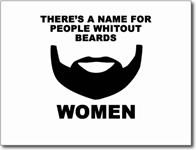 Joe is a very well known face at VMUGs, it’s a good sign of the value placed on the community by VMware that the CTO for EMEA is a regular keynote speaker at events big and small. Joe was talking about the evolution of IT from refresh cycles that take 18 months, to cycles that take days, or in some cases minutes. There was a sharp intake of breath in the room as he told us that the “infrastructure guy” role is on it’s way out, to be replaced with operators of the “datacentre OS”. I also noted the correct use of “on-premises” rather than the infuriating “on-premise”.

Simple, Scalable Virtual Platform for your VMs with Nutanix and vSphere

I have to admit, I picked this vendor session out of those available to heckle my ex-colleagues Darren Woollard (@dawoo) and Seb Hakiel (@sebhakiel) as they explained the Nutanix platform. I’m pretty sure the mental image of Darren dressed in a french maid’s outfit is something I cannot get rid of, no matter how much bleach I pour into my eyeballs. Grudgingly, I have to say it was a good presentation and presented a positive message of “this is what our product can do” and avoided any kind of competitor bashing.

This was the session I ran in the mezzanine area - unfortunately it was in direct competition with some of the biggest name speakers of the day - Mike Laverick, Duncan Epping, Cormac Hogan and Chris Wahl all had sessions at this time, and Chris’s session was also about NSX. In comparison coming to chat with me (and a poorly titled session) was not an attractive offering! Still, I appreciated my colleague Ather and the one chap who came! We ended up talking a lot about the VCP-NV exam and doing a run through the blueprint, so hopefully that was valuable for those there!

Lunch and the Sponsor Mingle

As usual, lunch was provided and allowed a chance to mill about the sponsor area checking out the various vendor offerings. I had a few good chats with various companies and there are some interesting products that hopefully I might get my hands on in the near future.

This very well attended mezzanine session was run by my colleague and all round legend Jonathan Medd (@jonathanmedd) and was a great overview of how to go about capturing and planning for real world workflow development. This stuff is very topical and right up my street, so it was great to be involved in the discussions and contribute where I could.

Another mezzanine session, this time run by double-VCDX Chris Wahl (@chriswahl) with a good group of guys talking around the design and real world implementation of NSX. I really enjoyed this discussion which allowed me to indulge in some networking talk, as well as share some experience with deploying NSX - but mostly it was great to listen to Chris and learn from the master!

I also had a great chat with Chris after the session as I was keen to hear his thoughts on the VCIX-NV exam - especially as I’m preparing for that exam myself. I was very grateful for the chat and really found Chris to be a genuine and helpful guy - another great measure of the community around VMware that the well known guys will still chat and help out anyone!

Closing Keynote: Stop being a minesweeper

The closing keynote was from Chris Wahl, and if Joe’s keynote provided the “bad news” for infrastructure admins, Chris’s provided the “good news” of how to move forward and keep adding value for your employer and to your career. I felt like he was sometimes describing the journey I’ve taken over the last few years from being the admin who refuses to waste time on repetitive tasks and deciding to learn to automate those mind numbing processes. I’ve also worked with the guy who’ll sit for a month doing repetitive tasks because he’ll “get it done” and it means he’s busy without being taxed. For me, that’s a fast road to being redundant!

After all my summary posts about VMUG events, I always like to express why I think you should get involved - if the great content I talked about above wasn’t enough for you!

The London VMUG will be running an X-Factor style competition for any NEW community speaker, with some awesome prizes up for grabs. All you need to do is sign up to do a 10 minute lightning talk at the London VMUG and you could win a Macbook Air! More than that though, you’ll realise that it’s not actually scary to talk to your peers, that actually you do know a lot of stuff and it’s even quite fun and very rewarding to give back to the community! Head over to tinyurl.com/vFACTORLONDON and get involved!

The very last thing to say is a massive thank you to the UK VMUG organisers (especially Jane (@rimmergram), Stu (@virtual_stu), Alaric (@alaricdavies) and Simon (@vinf_net)) for the awesome event which seems to get better every year, and to the community itself, which makes these events so good to attend. The mezzanine area was absolutely buzzing with amazing discussion sessions, and I lost count of the number of people I had great conversations with during the day.